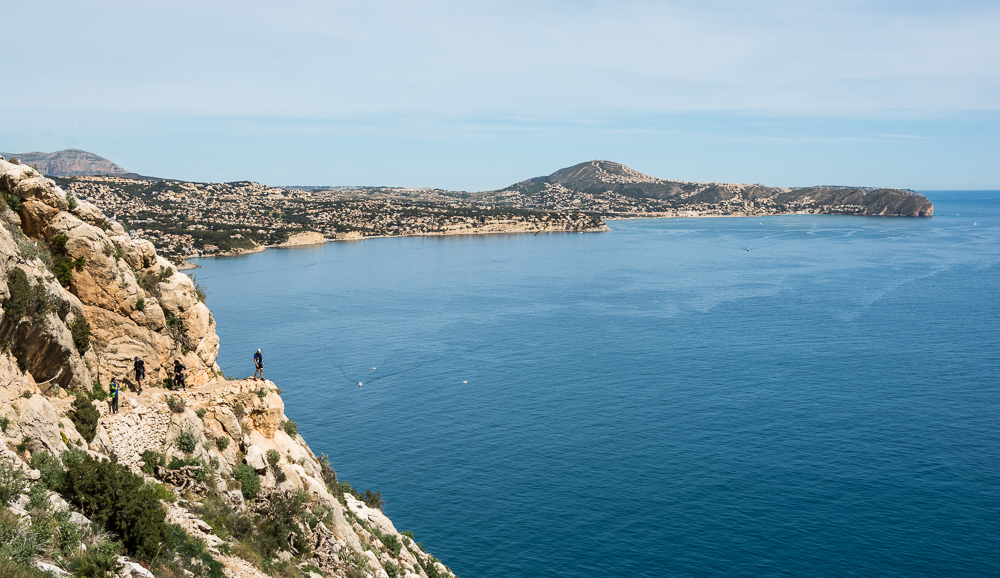 Even though spring has been preparing its approach for some time now, you can never really be sure when it’ll finally manage to send winter on holiday. Not in Switzerland, and not in Denmark. Thus a bunch of my Danish friends had been contemplating a quick getaway to somewhere that should be guaranteed to be at least a bit warmer than either – and invited me along too! So off to Spain we went, to spend a week in a pretty awesome mansion – relaxing, eating good food, hiking, sightseeing, and everything else you usually do on a holiday.

Being late March / early April, the temperature obviously hadn’t gone to extremes yet, but the 15-20 degrees and, more importantly, almost constant blue skies and sunshine, provided a pleasant change from the “have-some-snow!” approach to spring that weather had taken in Denmark and Switzerland.

In the way-too-short timespan of a week, we managed to see both Valencia and Alicante, go to the picturesque village of Guadalest on the top of a mountain, hike along rocky paths to the top of Penyal d’Ifac, eat lots of icecream, and I even got to make my very first paella (which turned out pretty successful :).

And as usual, I brought along my camera also…