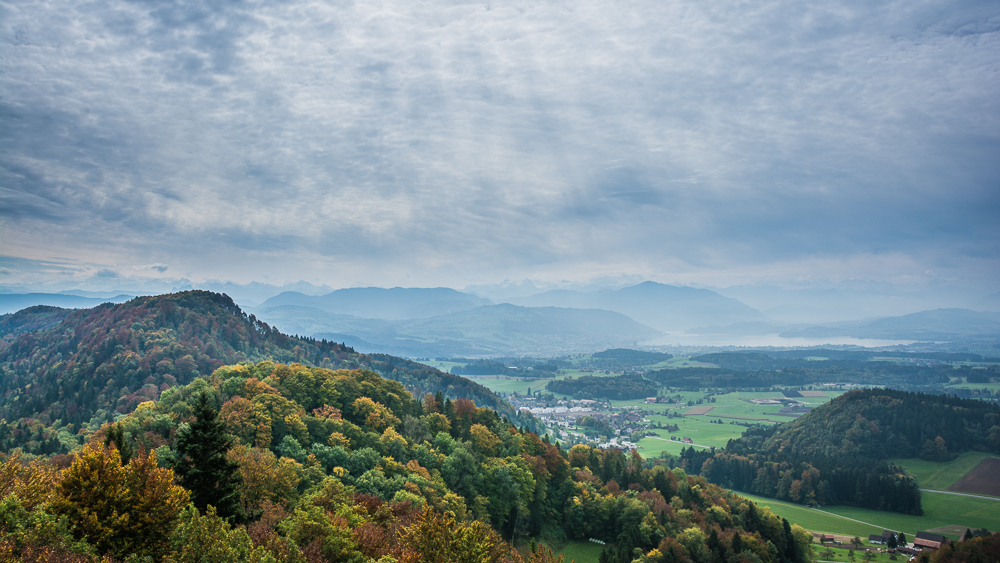 Back in 2004 I spent August to December in New Zealand – and I think that may be a reason why I enjoy autumn as much as I do. Being on the southern hemisphere, the seasons are reversed, so I traded the typical Danish late-summer-autumn-early-winter sequence for a late-summer-winter-spring-winter sequence instead, and essentially missed a complete autumn. The year after, being back in Denmark, I remember suddenly enjoying the autumn much more than I had done in earlier years – and ever since, despite the often not-so-great weather, the autumn season has had me marvel at the fantastic colors whenever outside.

This year is of course no different. Last year I did a nice bike ride which took me along the river Sihl, and the forests it runs through – I thought that could provide another good way to spend an autumn Saturday, so I climbed on my bike and set off early (or well, early for a Saturday;) in the morning. Got a great ride with some amazing morning light along the Sihl, and stopped at the Sihlwald, where I had a good hike in the forest – all the way up to the Albis Hochwacht lookout-tower. I wasn’t sure what to expect, but I was certainly surprised by the view from the top! It’s not that far from Uetliberg, but its more southern location means that there’s an unobstructed view of the Zugersee, with Rigi right behind it. Sadly it was a bit hazy though – on a clear day, it must be absolutely amazing…

I totally got what I came for though – awesome colors, fresh air and fantastic views. And the fact that the rear tire on my bike was flat when I got back from the hike didn’t manage to ruin a thing (especially since the pretty great Zürich public transport system had a train station right next to where I’d parked;).