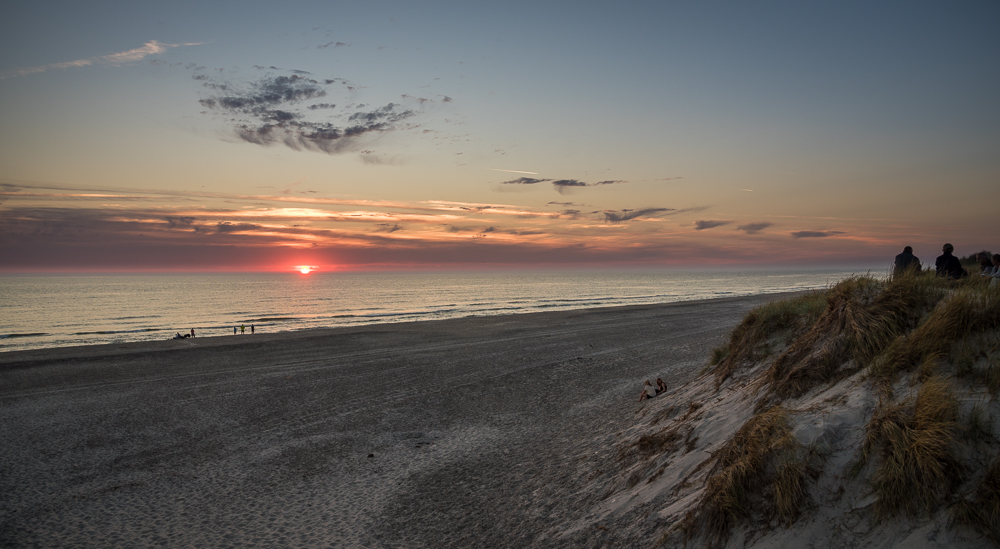 Like most other places in Europe, Denmark has had a crazy summer too – weeks upon weeks of sun, warmth and blue skies. This luckily didn’t change much for the 1½ week I had planned back home during my summer holidays. My parents had rented a summer-house on the Danish west coast, only a few minutes of walking distance from Vesterhavet (the sea, for those not familiar with Danish geography (or language ;) ).

Although we usually get out to see and experience things while on vacation, this time we ended up mostly just hanging out at the house and on the beach. This was due to a combination of most of us apparently just needing some time to do absolutely nothing, the addition of a 10-month old (and absolutely adorable!) baby to the family, and also of it being too hot to really do anything else. The only thing I ended up with pictures of, was thus basically the beach at sunset. Which is not necessarily a bad thing, because as motifs go, sunsets on the beach are quite beautiful! And especially when you’re a Dane spending most of your time in a place without any seaside, beaches or saltwater (not to say that Switzerland isn’t beautiful either – but it just hasn’t really caught up with the idea of seasides yet…).

So while the pictures below may seem a bit alike, I hope they’re still enjoyable to look at :)