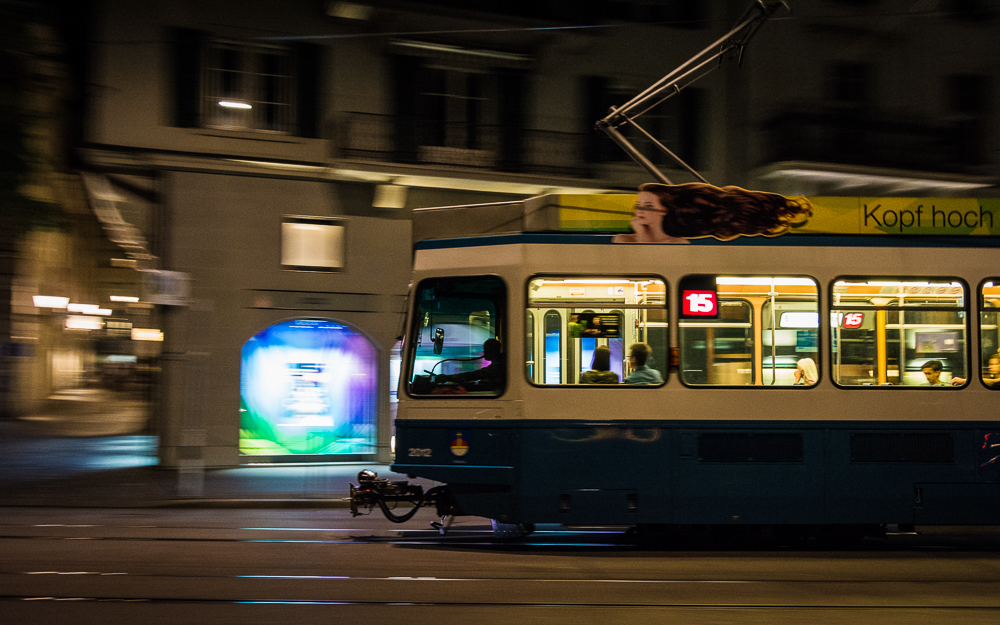 For some reason, I can find it difficult to find inspiration when trying to ‘force’ doing photography – for instance during photowalks and similar, especially in places I know well. When Johannes, one a of my friends and co-photographers from my local church, arranged one here in Zürich though, I kinda had to tag along. And it actually went pretty well! I got a good handful of interesting, different shots from places I thought I knew well, and had lots of fun during it all.

Leave a Comment
A ski resort in the summer… 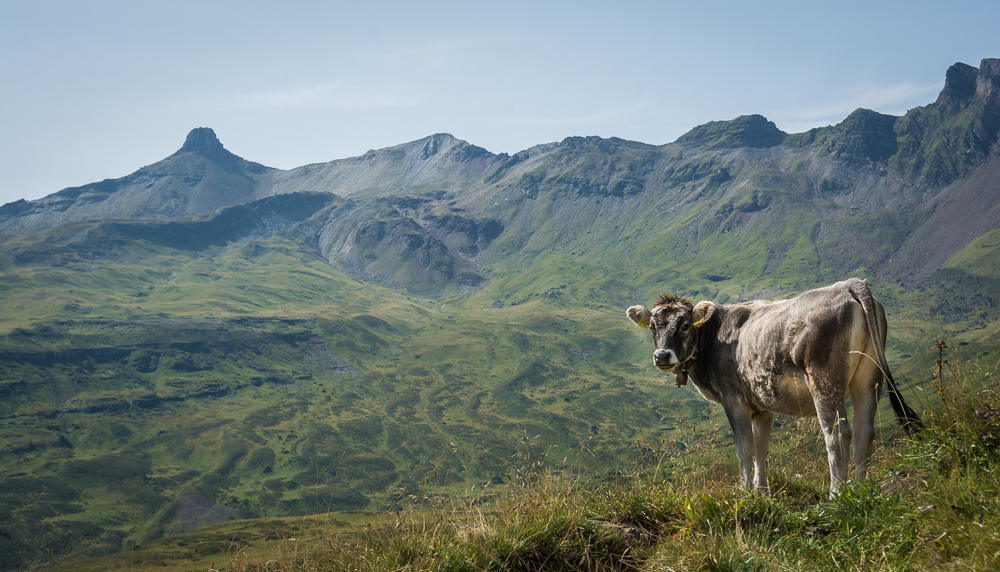 A ski resort in the summer…

If you have even been skiing in the alps, you’ll also have noticed some of the billboards and commercials around the various resorts, that do their best to get skiers to come back during the summer, with pictures of fantastic scenery with lots of mountain flowers and nice green grass – a slight contrast to the snow skiers are usually looking for. Living in Denmark most of my life, and usually going to places with a beach during summer, I’d never actually seen a skiing resort up close that wasn’t covered in snow. That changed last weekend though, when I,…

END_OF_DOCUMENT_TOKEN_TO_BE_REPLACED
Leave a Comment
A different side of Switzerland 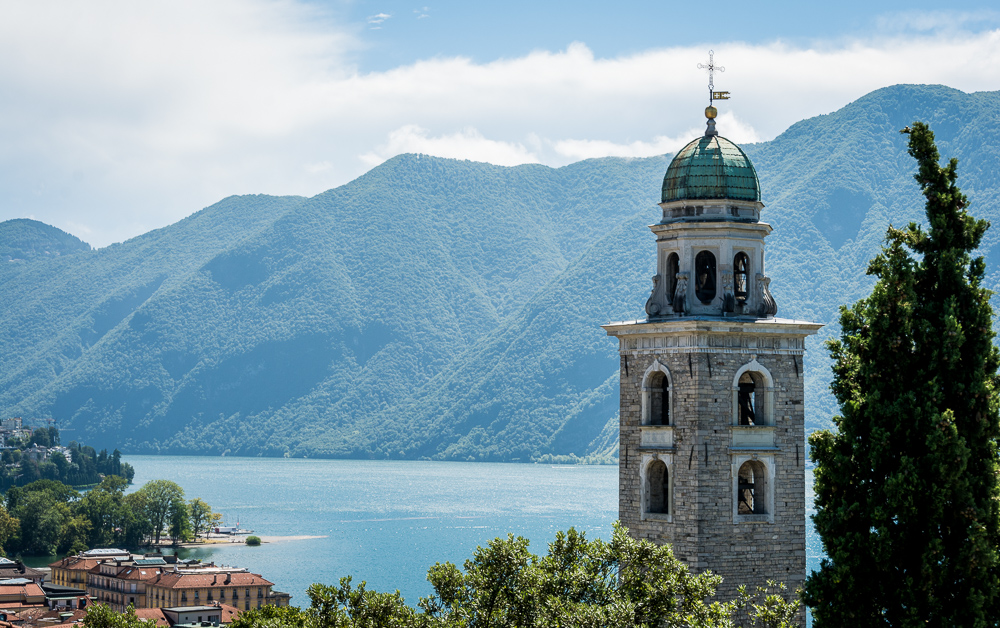 A different side of Switzerland

Two well-deserved weeks of summer holidays were approaching, and I had been planning to do a multi-day biketrip around the Alps close to Zürich – staying at cozy mountain hotels, eating lots of cheese and all that stuff. However, due to a last-minute problem with my bike, that ended up as a no-go, as it required some repairs that couldn’t be done in time… Hmm… Luckily though, Switzerland is nicely positioned in the middle of Europe, which means that you can jump on a train, sit there for two hours, and then get out in something that’s pretty close to… 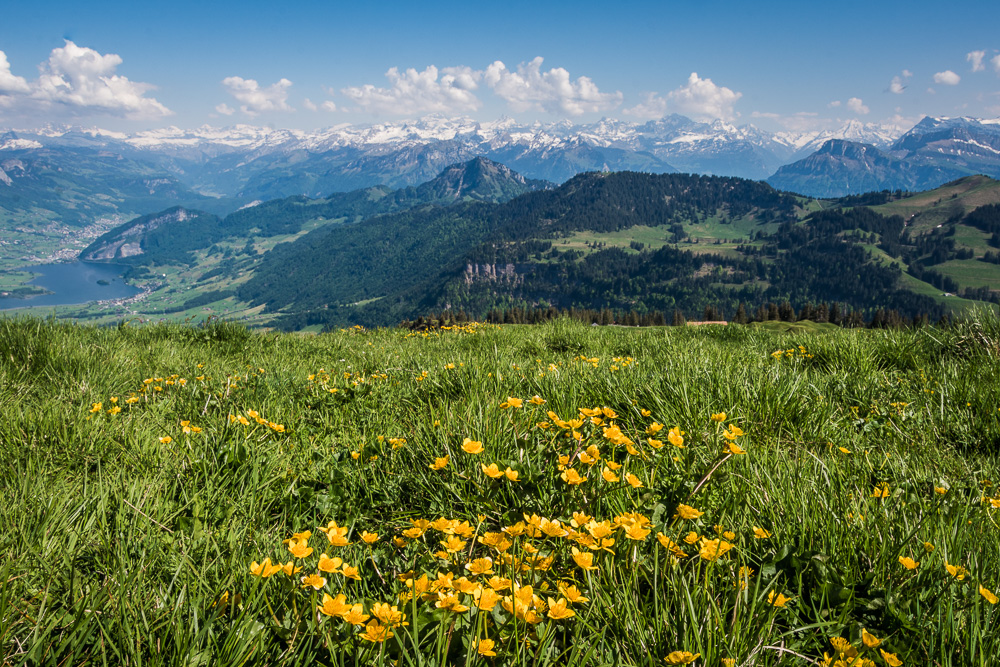 Back in May, my parents came to visit me in Zürich. The weather was fantastic, so apart from enjoying it in Zürich itself, we also decided on finding somewhere to go do something that is widely available in Switzerland, but pretty impossible to do in Denmark – hiking up a mountain! The nearby Rigi massif looked interesting, surrounded by a number of lakes, and according to my dad who’d been up there shortly on a work trip many years ago, the views should be quite good too. So we drove to Weggis at the shore of the Vierwaldstättersee, and at… 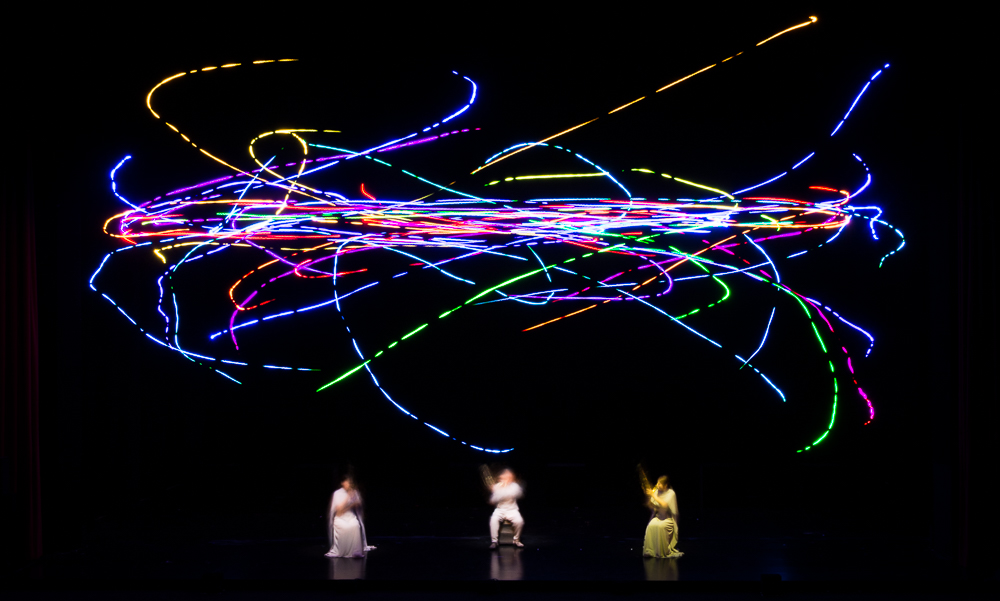 In May, I spent close to two weeks in Beijing for work. Even though the pictures from that trip may suggest otherwise, there was actually work involved also ;) To be precise, we were doing the first rehearsals for the show “2047 Apologue”, which was to be shown at the National Centre for the Performing Arts (or NCPA) for three evenings in June. So – early June, I went back to Beijing for quite a bit less sightseeing, and quite a bit more work. The show was a concept theater, directed by the famous Chinese director Zhang Yimou, that seeked to investigate the future relationship between people and technology, by combining traditional Chinese performing arts, with state-of-the-art stage technology. And at Verity Studios where I work, we can provide good amounts of the latter ;) Our main competence is doing drone-shows – for instance a large fleet of small drones with lights, flying around in complex patterns – more on this later! In any case, since it’s a bit hard to explain everything in pictures only (luckily I got a few!), I thought this trip was worthy of a slightly longer write-up… 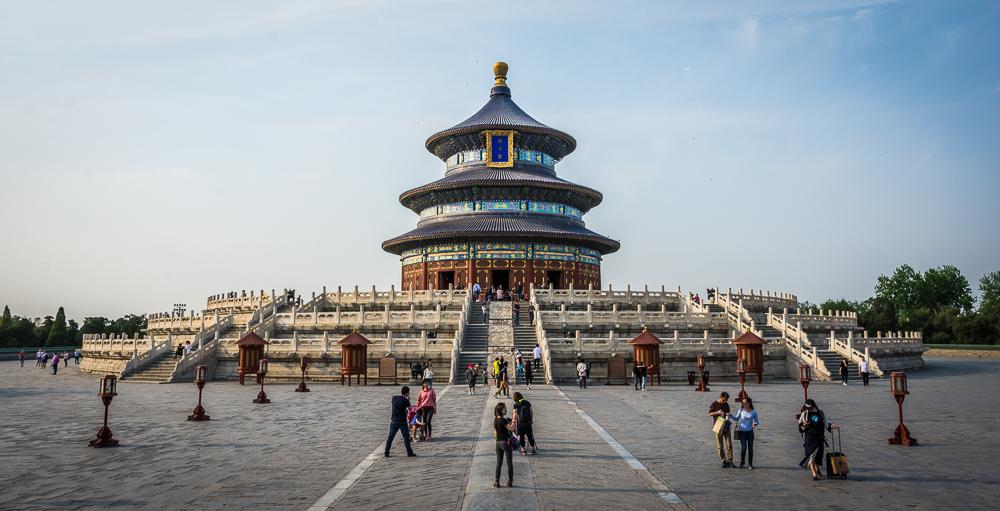 Having to travel for work can be annoying for some, but I usually quite like it – especially when being able to go to places like Beijing, as I just did for the past almost two weeks :) Spanning two weekends, there was luckily a bit of time for relaxing and having a look around also, so I tried to make the best of it. Amongst others, this included visits to Tiananmen Square, the Forbidden City, the Temple of Heaven, a few of Beijings traditional ‘hutongs’, and also the Great Wall of China. As most people, I had heard about… 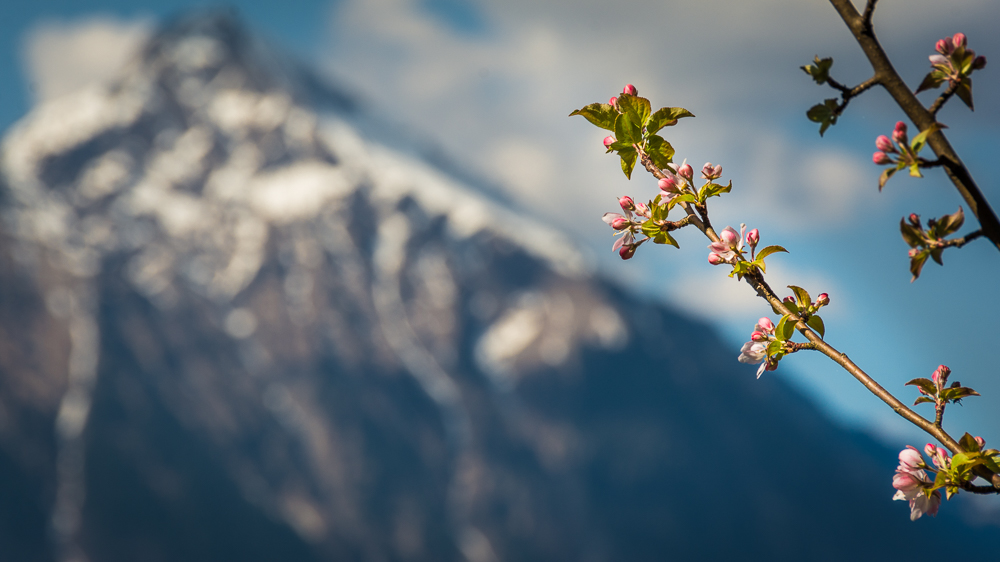 With the whole week around Easter off work, I figured it was time to get out and discover a bit of Switzerland. The weather was looking to be really nice (~20 degrees and sunny!), so a hike sounded like something that would fit the bill. It’s a bit daunting to start out with that in Switzerland though, as the amount of places you can go is overwhelming – and selecting where to head out can be a bit of a challenge. Looking around some maps, I spotted a limestone cave open to visitors near the Thunersee, close to Interlaken though… 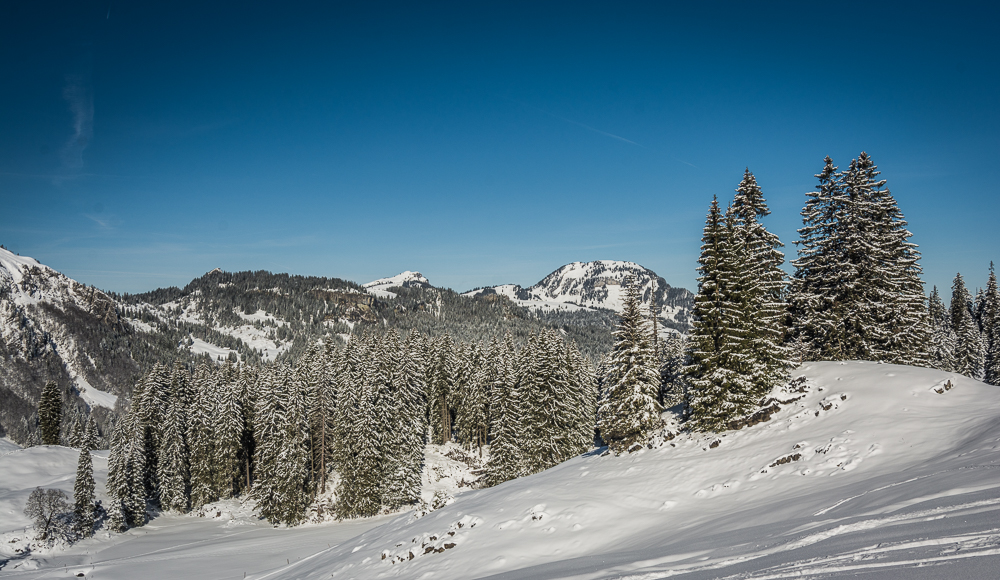 Even though Zürich hasn’t really had much winter (as in, snow, ice and temperatures below 0) since January, some of the higher-located places (as in, the mountains) still have plenty of snow. And you don’t even have to go far – about 50km from Zürich, the area around Mutteristock apparently got a nice new cover of snow during the week – so together with two of my colleagues, I went snowshoeing. Starting in 900m above sea level, heading up to about 2200m and down again, over about 14km in total, it was quite a hike. We expected to maybe have…

When you leave your home country, there are always some things you miss – and in my case (and probably also in the case of most other Danes), one of those things is rugbrød – or rye bread in English. Typically made with sourdough and whole-grain rye flour, it’s quite different from the whiter wheat-based breads that are more prevalent in the rest of the world. And, when you’ve been eating rugbrød more or less every day for your whole life, it’s *very* hard to get by without!

Even though I actually managed to find real sourdough rugbrød in shops here in Switzerland (you’ll have to look carefully though!), it just wasn’t the same – and hearing that it apparently wasn’t too difficult to make it yourself, I set out on a quest to find a recipe that could be made with ingredients easily found in Switzerland, and that was also easy and quick enough so that it could fit into my everyday schedule. And – spoiler alert – I succeeded! And as many of my friends (both Danish and other nationalities) really liked it and wanted the recipe, I thought I’d just do a writeup of it here – even though it’s a bit of a departure from my usual content (I got to take a couple of pictures though ;).