For the last couple of years I’ve been somewhat active on rllmuk – an internet forum mostly dedicated to gaming, but with numerous subforums and smaller communities – including one dedicated to photography and other creative arts, where I’ve been taking part in a monthly photo competition. It’s just for fun (winner gets to choose the subject for next month) and typically with 8-10 entrants, so it’s nothing big, but the quality is quite high, the low volume makes sure that no photos get lost in the flood, and as it’s the first time I’ve been doing stuff like this, I find it very interesting (and challenging!) to actually have a theme that I need to shoot a photo for.
Thus, I thought that I’d do a small writeup for some of the entries I’ve provided for the contests during the last months. First one up is from August 2013, where the subject was “Turn”.

This could be interpreted in a vast number of ways (and, judging from the other entries, also was). I ended up going for a turn in a game – in particular chess, since I had an old chessboard and a (nearly complete) set of pieces handy, when creativity hit me at about half past ten on a summer Tuesday evening. My main idea was to somehow show the actual turn, and not just some static image. I thought about doing something with a long exposure and a blurred movement, but realized that that just might blur the chesspiece in question beyond recognition. Instead I remembered that I also had an old strobe light (self-soldered and assembled during an electronics-course in the late 90’s) sitting in a cupboard somewhere, and decided to try out what I could do with that.

I set up the chessboard on the floor, with a couple of black fleece-jackets as backdrop. My camera was carefully balanced with my Gorillapod (which has never forgiven me for getting the quite nose-heavy Nikon 18-200mm lens), and connected directly to my computer using the pretty great (and free!) digiCamControl application, so that I could easily take pictures and view the results on a big screen without having to touch the camera. The strobe light was set up right next to the camera, and I got started seeing if I could get something half-decent out of it.

It took me a while to get the timing nailed down – both with regard to the frequency of the strobe light, the exposure of the camera, and how fast I moved the chesspiece – as can be seen on the initial tries on the pictures below (both at 18mm, and at respectively ISO200, f/8.0, 3.0s and ISO400, f/4.0, 0.4s). 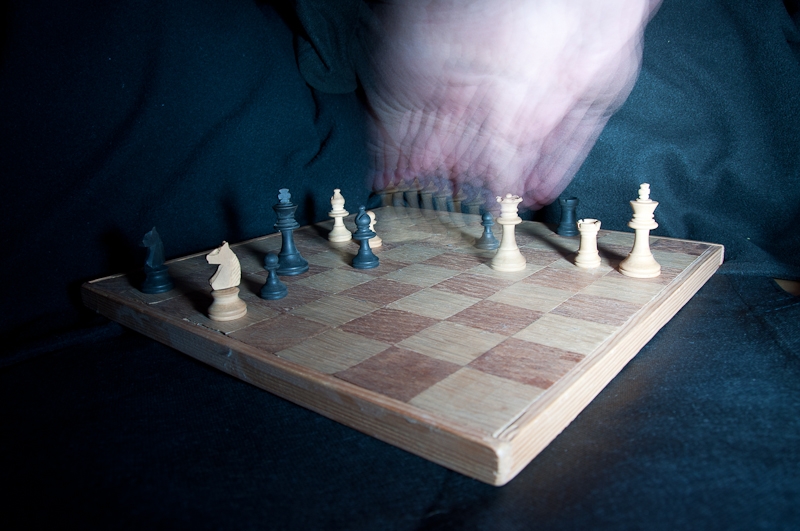 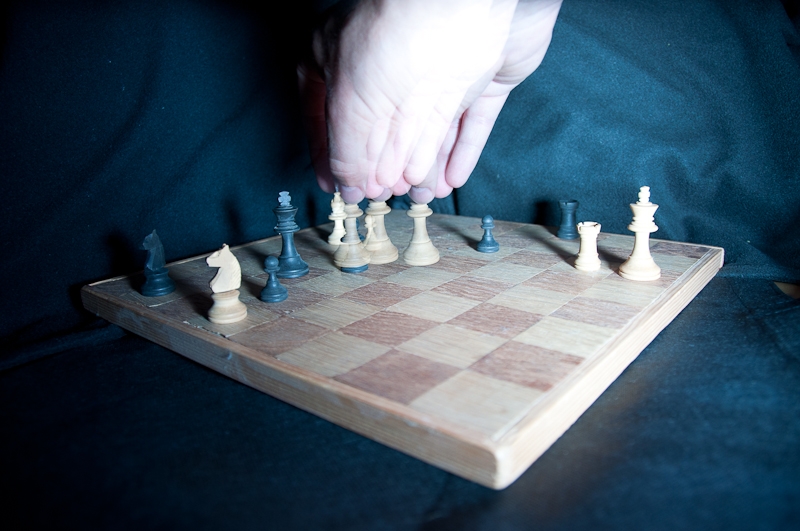 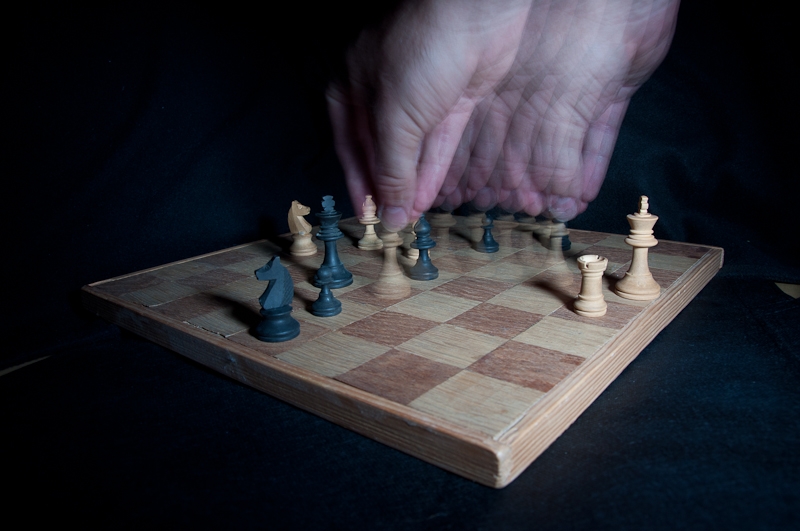 And after a bit of post-processing in Lightroom (lens correction, cropping, converted to BW, exposure adjustements, added a bit of grain), this was my final result:

I’ll admit that when looking back at it now, I could probably have spent ages perfecting the composition and crop, but even so, I was, and am, quite happy with the final result (and it even managed to win the competition for that month!).