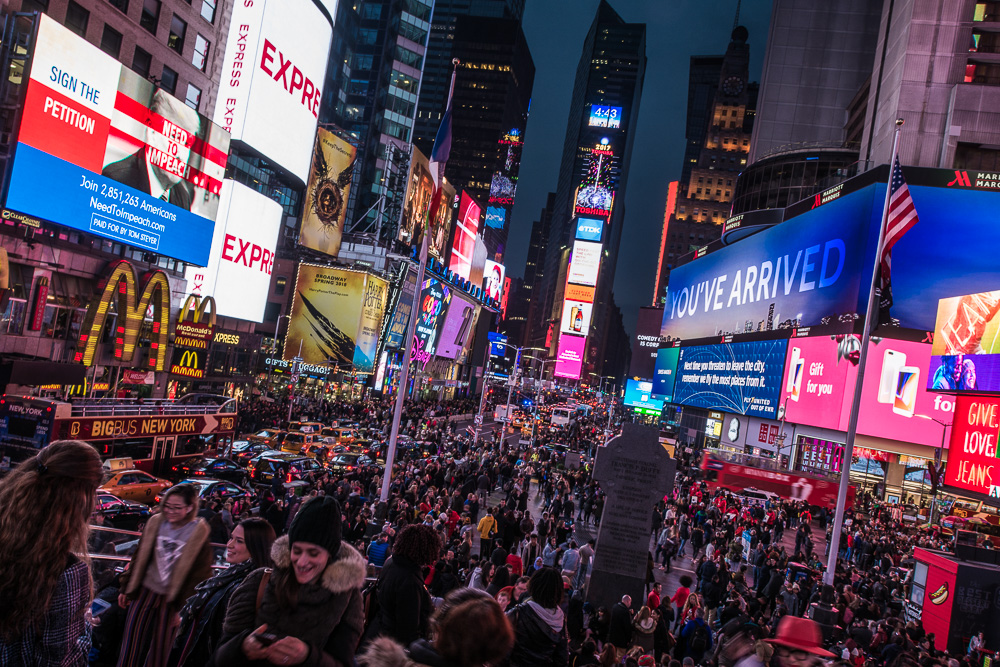 I recently had to do a work trip to Pennsylvania in the US – and as I was planning the trip, realizing that I’d need a rental car in any case to get to the slightly rural setting of Lititz, flying to New York and driving from there quickly materialized as a workable option. Or well, doing that, just flying in two days early and spending the weekend in NYC was the actual option I was thinking of ;)

Cue plane landing in JFK, and me heading toward Manhattan for a quick revisit of “the city so nice they named it twice”. The setting was slightly similar to last time I stopped by – as in that it was still in the darker months of the year, and still bitterly cold. But as the snow had been exchanged with Christmas decorations and throngs of people (it was the weekend after Thanksgiving after all), it still provided a very different experience. All in all I had less than two days, but still managed to see the Frick Collection, have waffles at the Christmas market in Bryant Park, see Central Park without snow, do a nice walk down the High Line, and see lots and lots of Christmas lights (although I’m still a bit confused as to the connection between Christmas and the Snow White and the Seven Dwarfs-themed decorations that Saks Fifth Avenue had spent a lot of effort putting up in their windows… ah well…).

I could easily have spent a couple of days (or possibly months ;) more in the city, but even so, still a great weekend!