Hiking in the Canton of Schwyz x2

It’s summer in Switzerland – and you’d be a bit daft if you voluntarily spend all of it inside. Thus I’m doing my best to get out of the apartment and taking in as much as possible of the wonderful scenery that Switzerland has to offer. By coincidence, this has until now meant two hikes in June in the Canton of Schwyz, basically in neighboring mountain areas. Normally I don’t put photos from separate events into the same post, but seeing as these two hikes were close together in both time and location (and as I’ve been busy and ended up processing the photos at the same time in any case), I thought it’d make sense here…

The first hike was with my parents visiting – weather forecast was a bit so-so with possible thunderstorms, so we made sure to find a route that wasn’t too far from Zürich, and that wasn’t too high up or too exposed. A route around the town of Brunni, in the shadow of the peaks of the Grosser and Kleiner Mythen, seemed to do the trick, so off we went. After a good, initial climb, we ended up on a nice route with fantastic views to the Vierwalsstättersee and the area around it – including the peak of Rigi, which incidentally was also the destination of last years hike with my parents. The weather played along nicely too, with no signs at all of any thunder or even rain.

Second hike was arranged by one of my colleagues, who had the location and route all planned out, and invited me and a good handful of additional colleagues along. Starting from the town of Stoos, it was located less than 10km south of Brunni – but with the mountains of Switzerland, that’s still enough to give a completely different experience! (although admittedly, the views were somewhat similar ;) An extra perk of the hike was that to get to Stoos, you have to take the new funicular, which at up to 110% incline is the steepest in the world – and made with nice rotating carts, to keep passengers from rolling around inside during the ride. For a bunch of engineers, that’s obviously almost on its own enough to make the trip worthwhile… After marveling a bit at the technical achievement during the ride, we arrived in Stoos, heading directly for the initial climb up to Klingenstock, from where we’d then walk along the ridge to Fronalpstock. A beautiful trail with fantastic views to both sides. Weather was pretty great too, although, being in almost 2000m height, it was a bit chilly – and with the occasional cloud passing quite closely over us too – but that mainly just made for some more interesting photos.

All in all, two great hikes – and pretty fun to be able to look towards an area you’ve been in before from afar ;) 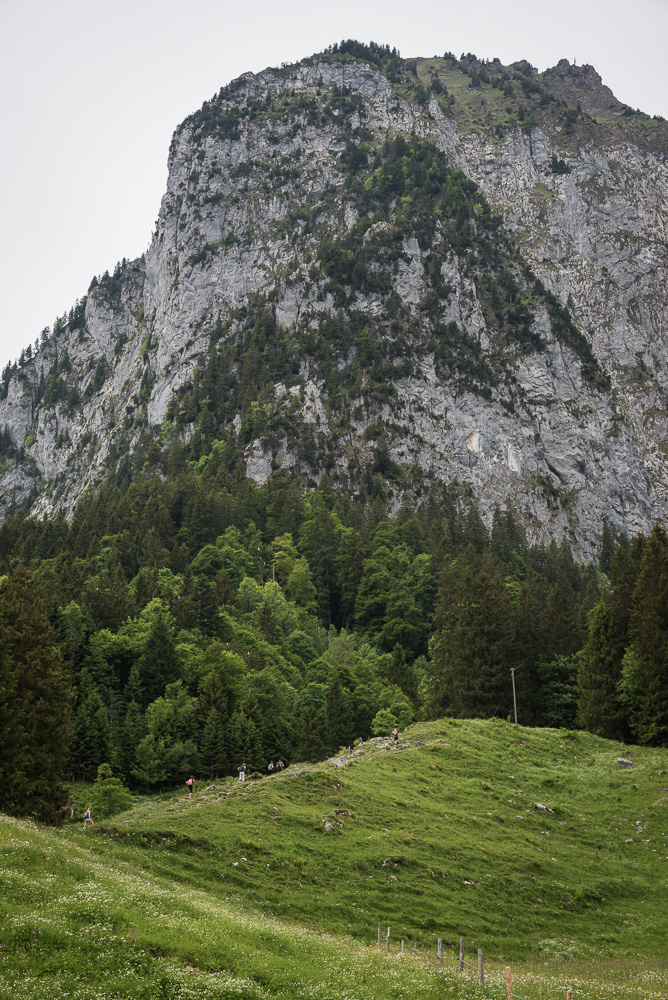 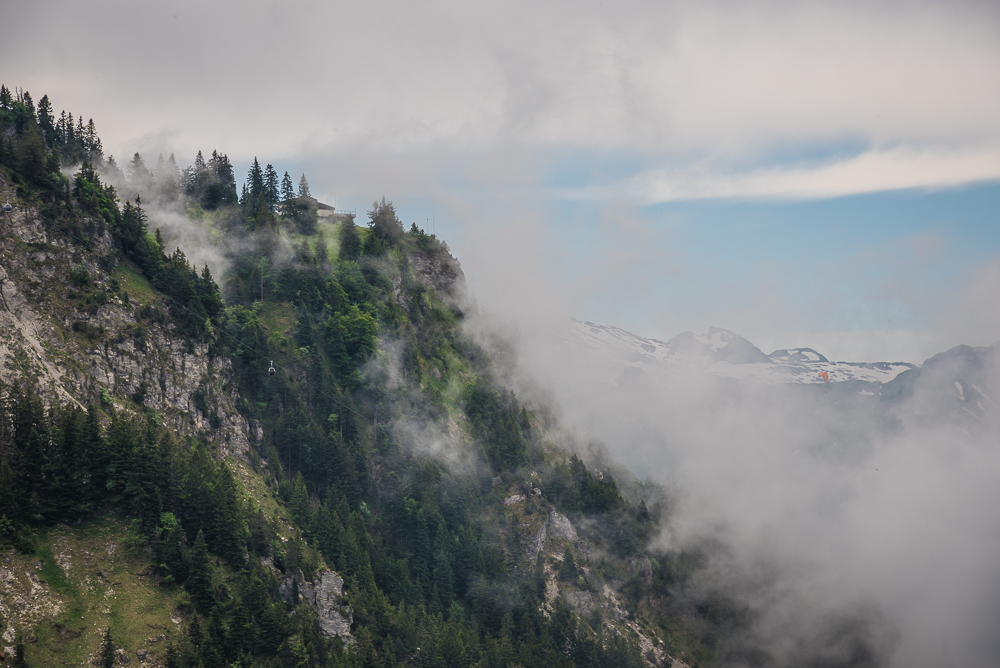 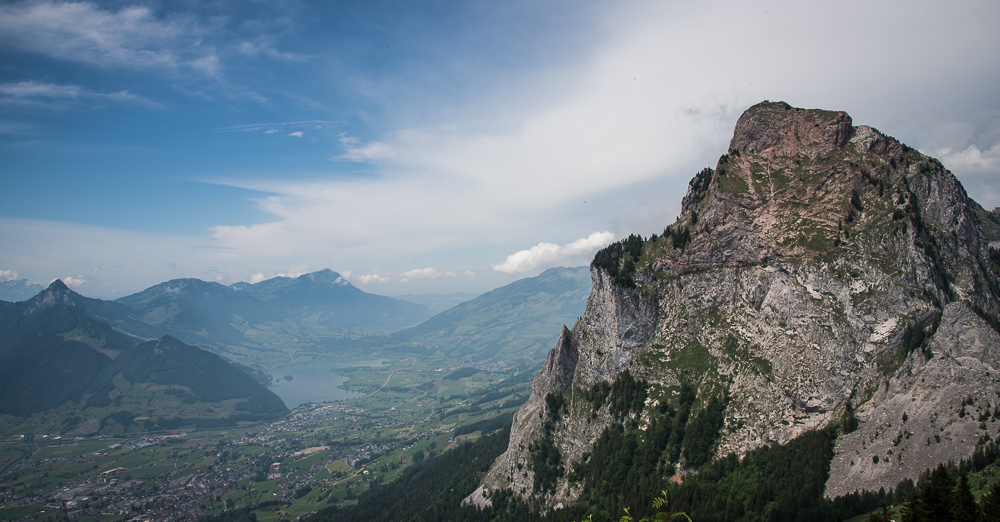 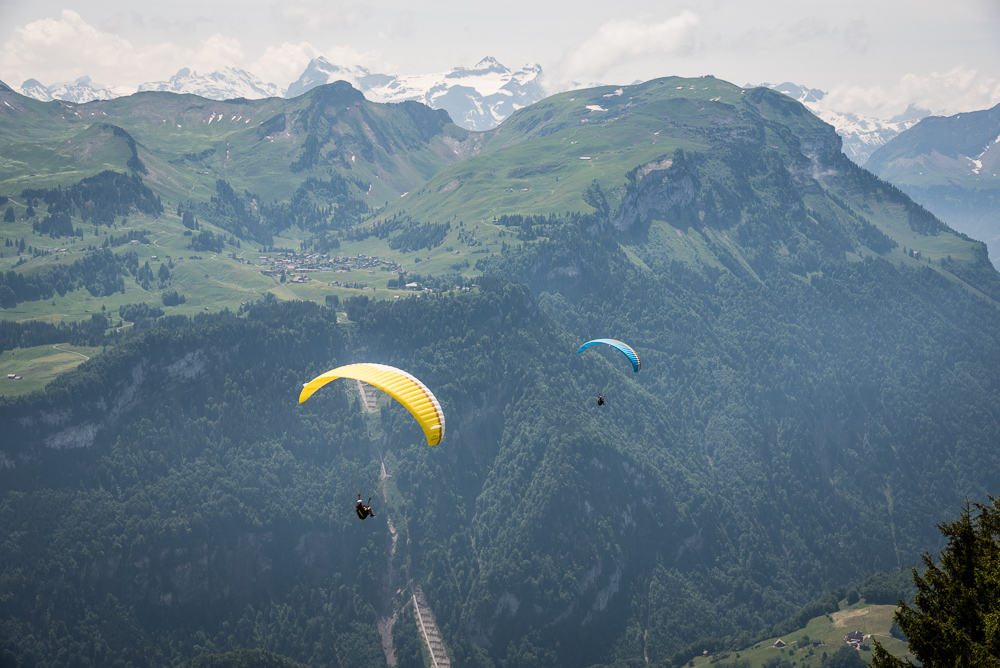 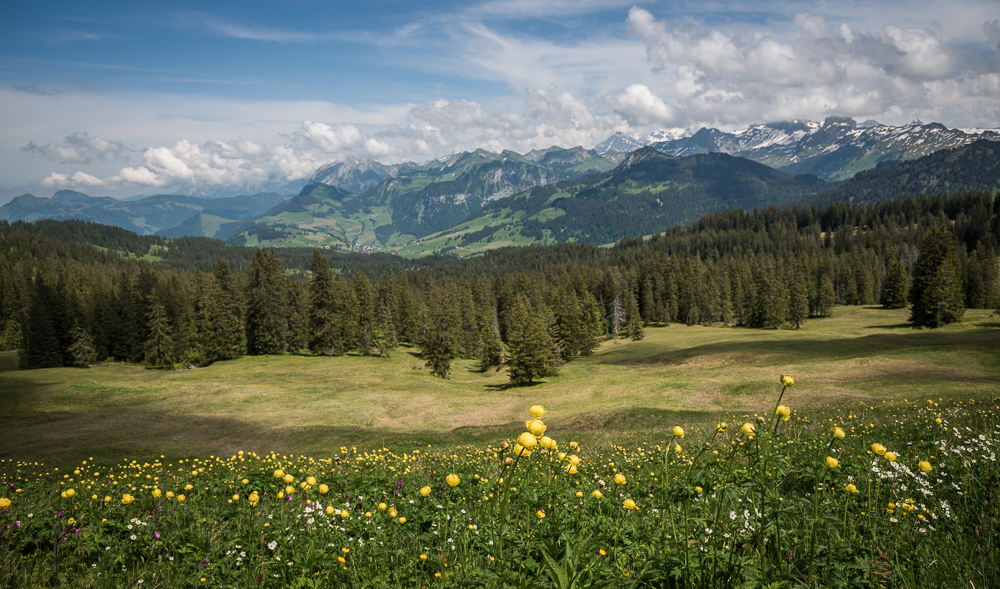 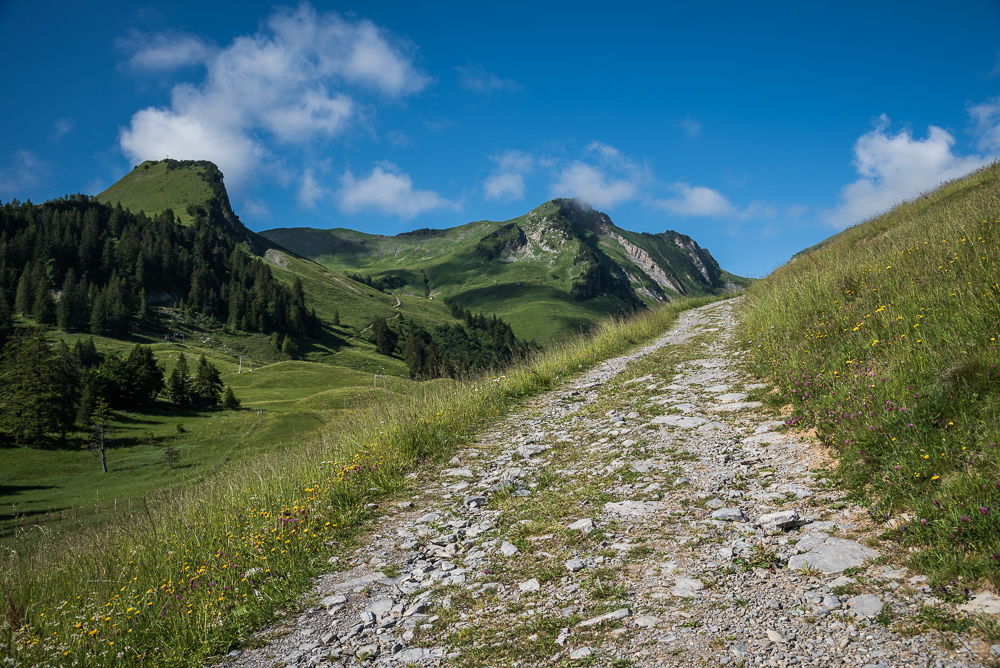 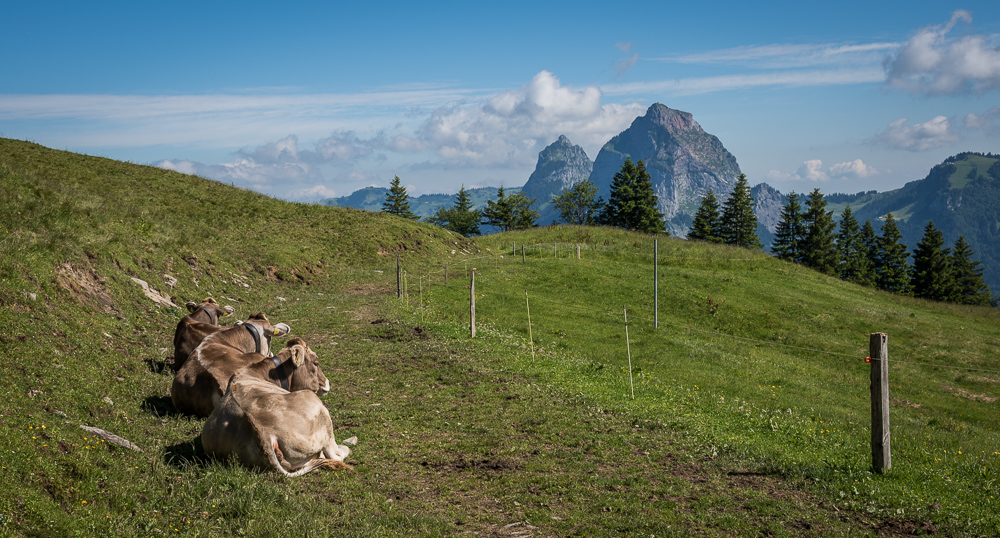 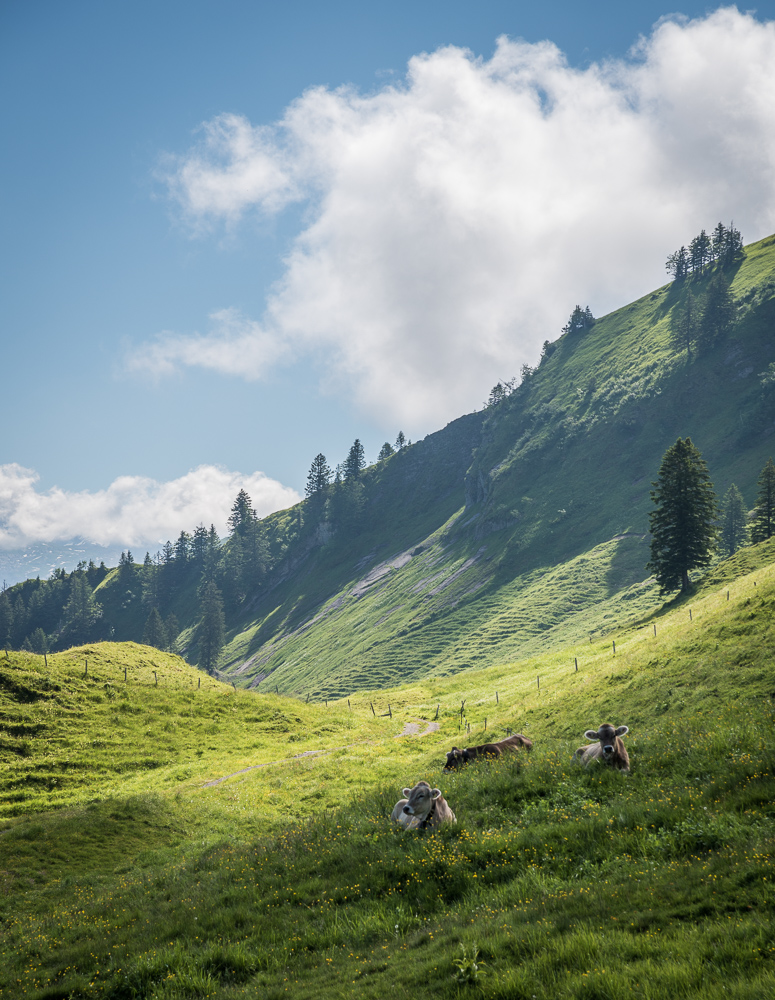 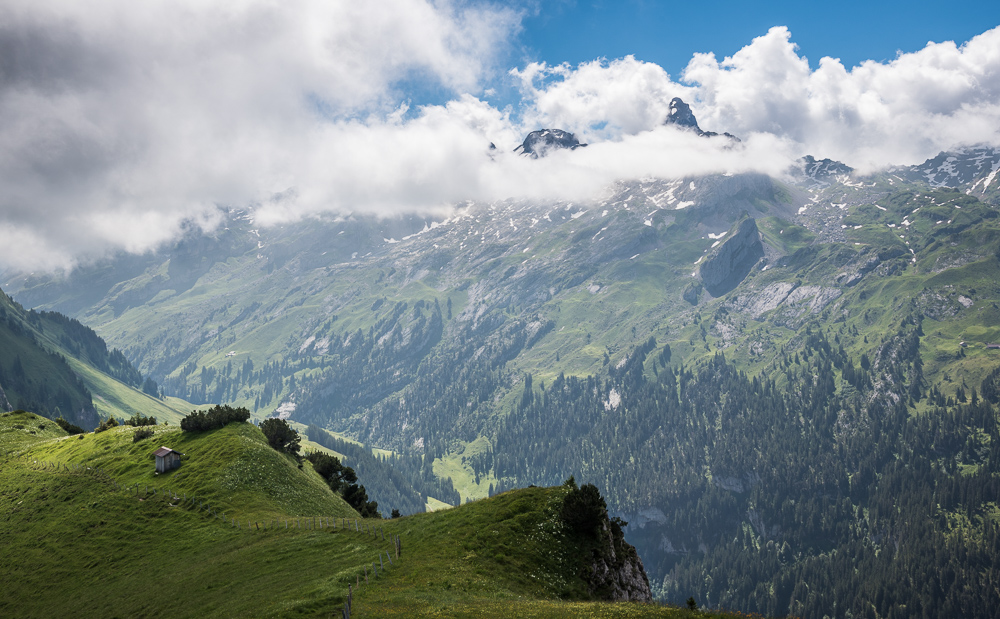 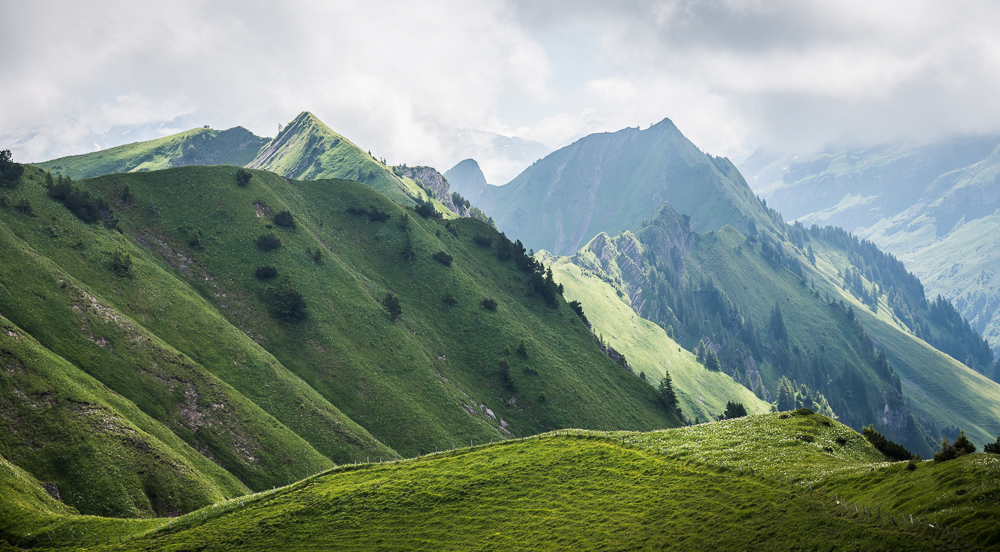 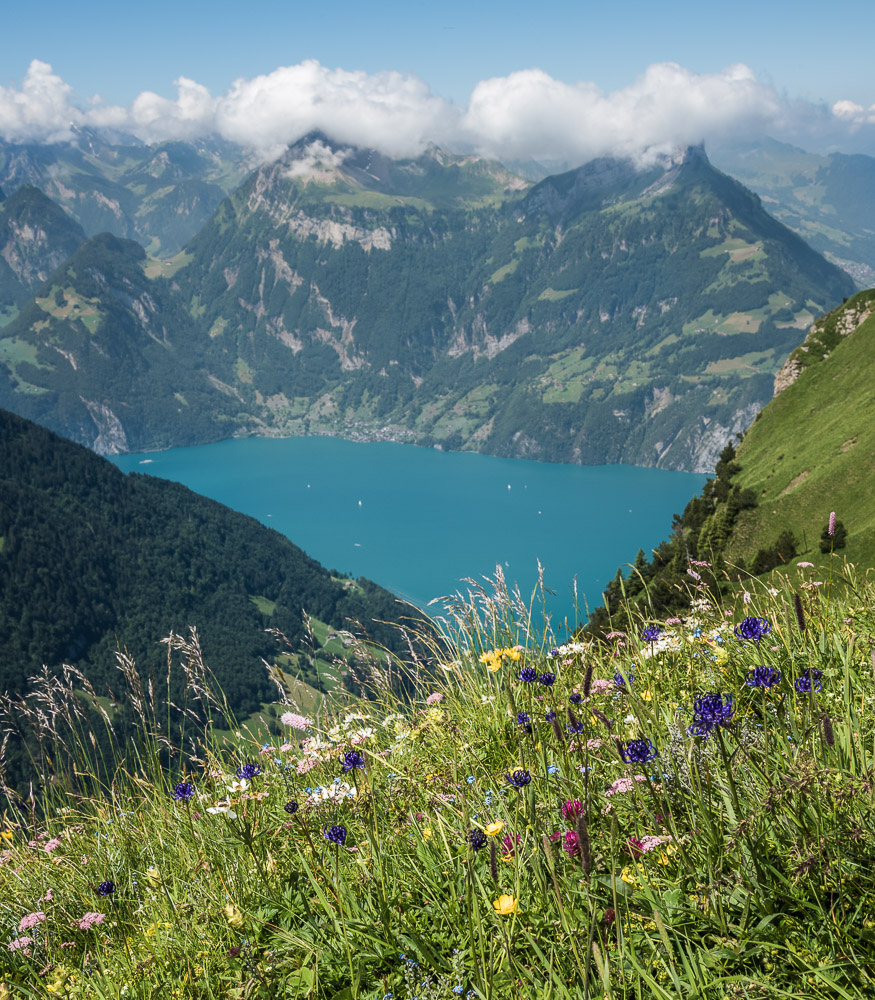 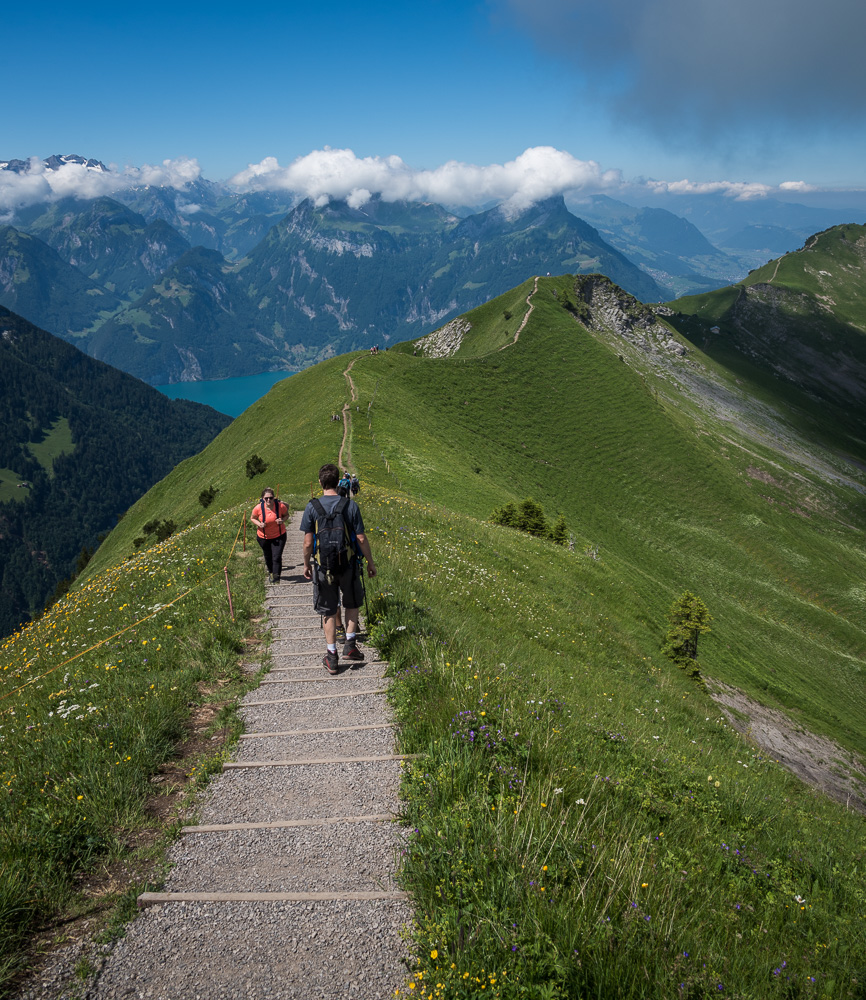 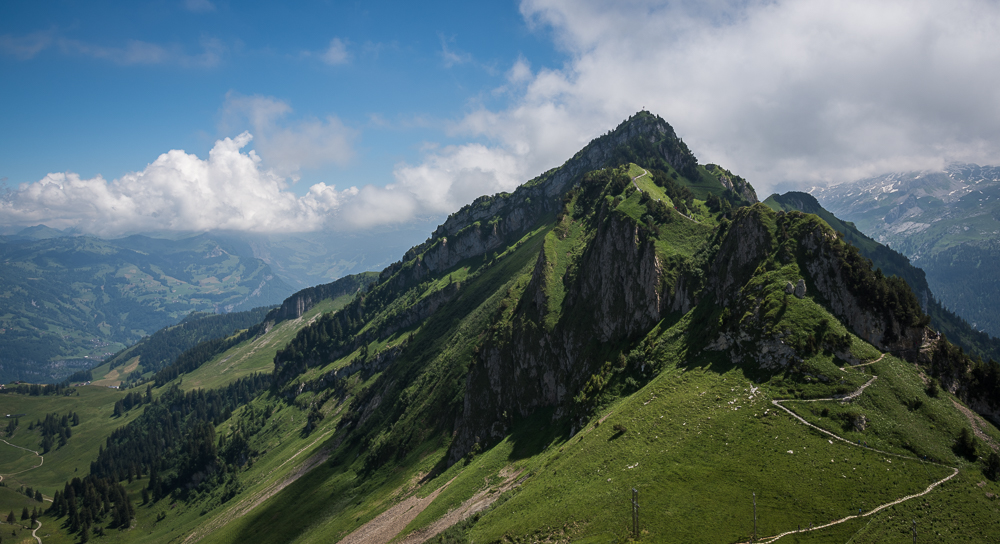 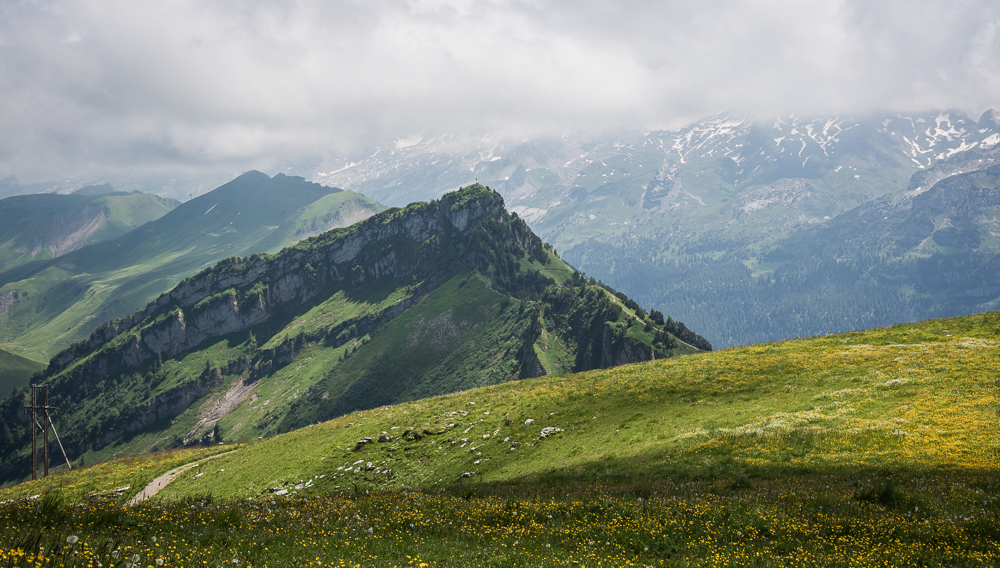