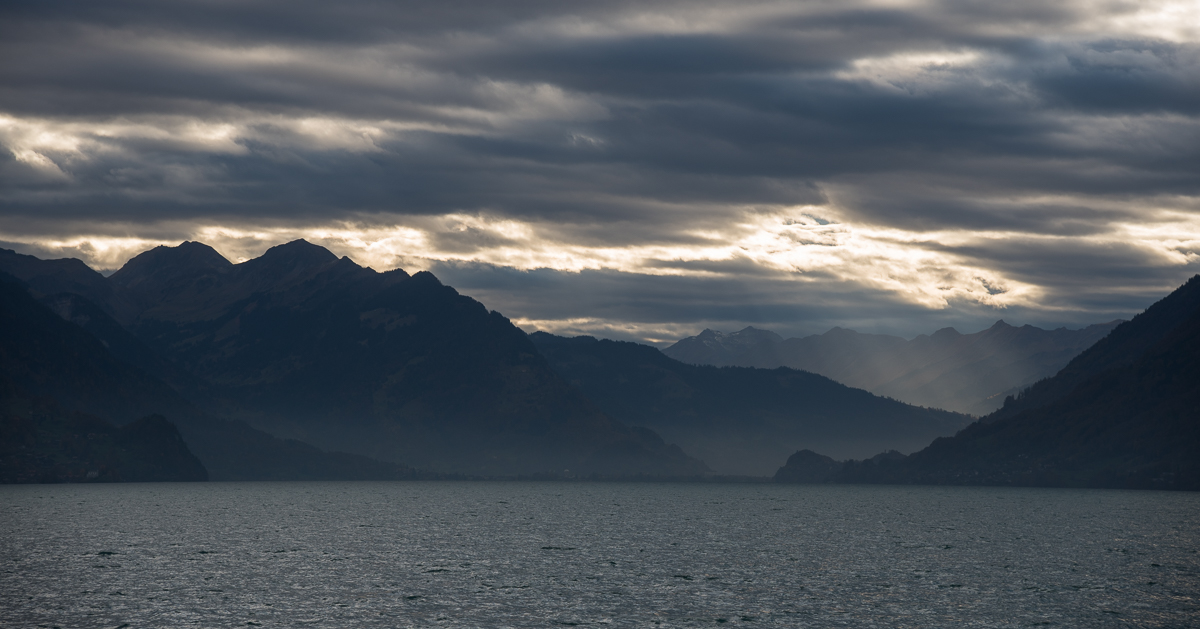 As hinted at in the last post – there was more in the backlog… Quite a bit actually! Maybe enough to make a small advent calendar out of it? I guess we’ll see next week ;)

In any case – the last post ended with a late-summer hike in Entlebuch, and after that, autumn slowly started to take its grasp on Switzerland. That also meant that we were starting to figure out how to best go out and experience it. After last year’s weekend in Engadin, we were quite hooked on going somewhere for more than just a single day. With input from weather forecasts, hiking magazines and a bunch of search results from the internet, we ended up deciding on the Maggia Valley in Ticino…

Going almost straight north from Locarno, it’s the largest valley in the canton. We found a cozy hotel in the generally cozy village of Lodano, about half-way up the first part of the valley. It was dark when we arrived on Friday evening, so we didn’t get to really see much of our surroundings – but that made waking up the next day even more impressive. The weather was hazy, but the valley where we found ourselves was magnificent!

We had planned for a hike up in the nearby hills – going through forrest, passing through quiet, old villages, spotting waterfalls, and in general just enjoying the views and having a small adventure. After having made it back down to Lodano (and after a strengthening minestrone at the really nice local osteria), we took the car and drove a bit further into the valley. The weather had cleared up, and we found more waterfalls, more picturesque villages, and even what’s apparently one of the smalles village “plazas” in the world in Sonlerto.

The weather had cleared up the next day, which we decided to mainly spend in Locarno, enjoying the warm autumn sun at the Lago Maggiore. It’s pretty nice to have Ticino nearby!

A couple of weeks later, my parents came by to spend a long weekend with us – so another occasion for more adventures! We started out with a visit to Luzern – walking along the old fortifications, seeing the Lion Monument, and just enjoying another of the many Swiss lakes.

The next day we went a bit further into the alps – to Lauterbrunnen, where we visited the Trümmelbachfälle: a set of waterfalls that are solely responsible for the meltwater from the Eiger, Mönch and Jungfrau massive. The water flows through caves and creeks, and you can follow along through a set of stairways and galleries – and even a funicular inside the mountain. We rounded the day off at the two lakes, before heading back home.

To ease a bit down on the adventuring, we opted for our well-known (and now quite traditional) autumn visit at the Albis Hochwacht. The weather was clear, the forrest was colored in amazing colors, and all in all that was a great final touch to an adventurous October!